Bringing the Taste of Myanmar to the World
Thursday, 1st June 2017

Myanmar, a land steeped in history and ancient tradition, has opened its gates to the world, welcoming visitors from all nations. Amazing treasures have come to light, temples and architecture from ancient civilizations, cultures and languages from more than 135 ethnic groups - and now a unifying product: Myanmar Beer!

Myanmar Beer has been a hidden secret for many years, only savored by the people of Myanmar, but it is now flowing out across the globe. Myanmar Beer has a unique flavor and fullness, born from deep-bore water sources and an incomparable fusion of sun, soil and traditional craft.

From Humble Beginnings to Brewing Giant

Ten years on, they formed an alliance with ZI-ARGUS, who became the perfect partner to take things to the next level. To boost capacity, modernization was essential, but not at the cost of losing quality and tradition. ZI-ARGUS has introduced state-of-the-art automation, turning the brewery into a showpiece of modern technology, guaranteeing consistency and doubling output. Thanks to a relationship of trust and friendship, that withstood the test of tumultuous times when Myanmar broke free from the shackles of a military junta regime, the future looks extremely promising.

Stepping into the Spotlight

ZI-ARGUS delivered the skills and knowledge with engineers and brewmasters, carefully planning upgrades to what was already a great product into an internationally recognized five-star brand, without having to reduce production at any point. These two drinking buddies sat down and planned the future that we see today, Myanmar Beer, now stepping onto the world stage in its brand-new suit. This legend continues to gather pace, picking up international awards and accolades as the beer sells as fast as it is produced. 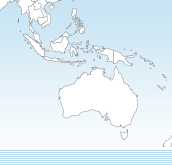